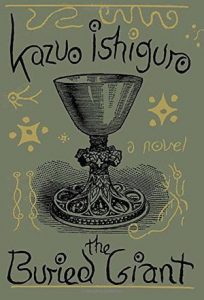 An extraordinary new novel from the author of Never Let Me Go and the Booker Prize-winning The Remains of the Day.

The Buried Giant begins as a couple set off across a troubled land of mist and rain in the hope of finding a son they have not seen in years.